Sir Hiram Stevens Maxim was a polygamist, a philanderer, the inventor of the mousetrap and the machine gun. Kirsty Whalley takes a look at one of the famous eccentrics associated with Norwood. He had a fine mind driven by jealousy.

Born in America, Hiram Maxim and his brother swore when they were little that one day they would be famous. Although they ended their lives as bitter enemies and rivals, they would both honour that pledge.

Hiram had no formal education and appears to have gleaned engineering, scientific and mechanical knowledge through a series of apprenticeships. He claimed to have invented the lightbulb after experiments with electricity and insisted the patent was stolen by Thomas Edison after one of his clerks filed it incorrectly. He emigrated to Britain in 1881 and set up house in West Norwood. He is reported to have pursued his machine gun invention after receiving some advice from a fellow American in Vienna. ‘He said: ‘Hang your chemistry and electricity. If you want to make a pile of money, invent something that will enable these Europeans to cut each other’s throats with greater facility.’

In 1884 he duly set up a workshop in Hatton Garden and started the Maxim gun company. He filed patents for every conceivable firing mechanism to protect his invention and soon attracted the attention of the British Army, which started using the weapon from 1889. Maxim’s weapons were also manufactured in Germany and Russia and were used by both sides in the First World War, killing millions of people. 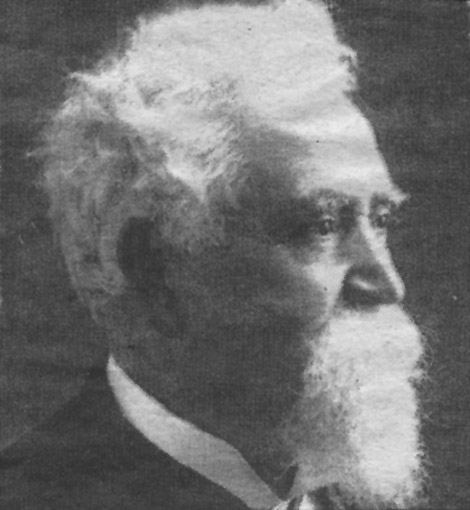 As well as being a prolific inventor, Hiram was also a vainglorious philanderer. His first wife was Louisa Jane Budden, an English immigrant whom he married in 1867. They had three children – a son and two daughters. In 1878 he went through a secret marriage with 15-year-old Helen Leighton. They had one daughter. Their relationship ended when she learned of Maxim’s marriage to Louisa. In 1881 he moved to Britain with Sarah Hayes, his secretary and mistress. He married her in May 1888 although may not have been divorced from his wife at the time.

Maxim was a very jealous man, and is reported to have been envious of other scientists’ inventions, including Edison and his own brother Isaac, an explosives engineer. The brothers’ feud got out of control. They used the press to vilify each other and went to extreme lengths to get the other imprisoned. Hiram hired a detective agency to get evidence against his brother, who in turn instigated Hiram’s arrest and prosecution in 1898 on a bigamy charge brought by Helen Leighton. He was acquitted, but the brothers never spoke again.

Throughout his life, Hiram allegedly continued to patronise brothels and seek the company of very young girls. After the machine gun Hiram concentrated on inventing a flying machine. His steam-driven craft was far too heavy to actually fly but did leave the ground for a few seconds. He is also famed for his amusement rides, which resulted from his experiments with flight. His inventions graced fairgrounds at Earls Court, Southport, Blackpool and Crystal Palace.

In 1900 he suffered an attack of bronchitis, the experience leading him to design London inhalers to help his fellow sufferers. He was often derided for dabbling in quackery and is reported to have answered one of his critics: ‘It will be seen that it is a very creditable thing to invent a killing machine, and nothing less than a disgrace to invent an apparatus to prevent human suffering.’ He was knighted by Queen Victoria in 1901. Hiram died at his home in Streatham on November 24, 1916, of heart failure. He is buried in West Norwood Cemetery.

Reproduced by kind permission of Kirsty Whalley and the Croydon Guardian.