Mr. John Betjeman once wrote this of Sir Ninian Comper:

‘No English architect is better known in cathedral close and distant rectory than J. N. Comper. Comper is, in the opinion of many, the only considerable living architect of churches, with the exception of one or two’.These words were written twenty-one years ago, in ‘The Architectural Review’. A glance in ‘Who’s Who’ shows clearly that in the passing years, those words have been most fully endorsed. 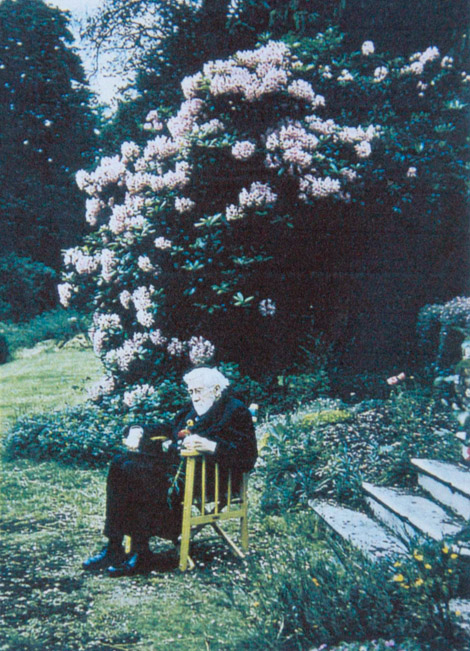 Sir Ninian Comper (he was honoured with a knighthood in 1950) is today one of Norwood’s oldest and most distinguished residents. It is very fitting and a great honour to the Society that he is our first president. At the age of 96, both as church architect, and as stained and painted glass artist, he has behind him a career of immense artistic range and versatility. His seven stained glass windows (including that devoted to John Bunyan), the Warriors Chapel in Westminster Abbey, and the High Altar Frontal used at coronations and other State occasions since 1936, would ensure Sir Ninian enduring fame and high reputation.

Sir Ninian Comper was born in Aberdeen on June 10th 1864. His father was the Vicar of St. Margaret’s, Aberdeen, and it was from him that he derived his love of church architecture and decoration. John Ninian Comper’s first work was the vaulted chapel at that church in 1889. As a young man, J.N. Comper was articled to the celebrated architect, G.F. Bodley, and it was during his apprenticeship that his skill as an ecclesiological architect was trained and developed to its fine perfection. Sir Ninian’s greatest masterpiece in architecture is said to be St. Mary’s, Wellingborough, which church was entirely designed by him, and was consecrated in 1908. Into this church he blended English, French, Italian, Gothic, and Greek styles in a most brilliant and colourful whole. Among others of Sir Ninian’s principal works are St. Crispin’s, Yeredawna, Poona; Wimbourne St Giles; St. Mary’s, Rochdale; St.Albans, Holborn; the Warriors Chapel in Westminster Abbey, as well as work at Southwark Cathedral.

An outstanding departure from church work was Sir Ninian’s lovely Welsh National War Memorial, in Cardiff. It was unveiled by the Prince of Wales in 1928: the original model is still to be seen in the studio at The Priory, Beulah Hill. Another fine work is the great Parliamentary War Memorial Window in Westminster Hall, which was unveiled by the Queen in 1952. Then followed the magnificent Royal Window, Canterbury Cathedral, in 1954, which Sir Ninian created at the age of 90. In this Royal Window are the portraits of the late King George VI, the present Queen Mother, Queen Elizabeth II and the Duke of Edinburgh. 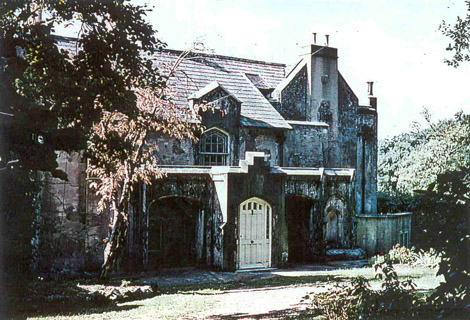 Sir Ninian came to Norwood in the first years of the century and lived on Knight’s Hill. It was on the hill that he set up his studio, and it was there that some of his most famous architectural plans were drawn, and where many of his subsequently famous church windows were painted and fired and pieced together in their intricate tracery of lead. This studio was transferred to The Priory in 1948, where Sir Ninian and his wife and family had been living since 1911. The Priory is*, of course, one of the oldest houses in Beulah Hill, and bears on its front aspect the date 1836. It is said that it was designed in imitation of Abbotsford, once the home of Sir Walter Scott. Inside, the Priory is richly decorated with Italian carving that elaborately ornaments doors and lintels and overmantles, which provide a dramatically beautiful setting for the work continually being carried out by Sir Ninian with his partner and great-nephew, John Bucknall. A Bucknall has always been a partner of J. N. Comper. For sixty years, Arthur Bucknall, the father of the present John Bucknall, was Sir Ninian’s partner, and shared in many of his uncle’s triumphs.

Half-hidden, as it is from the road, the home of our Society’s president is a centre of artistic creative activity that is world-famous. A few years after his 90th birthday, Sir Ninian said to me, ‘I have enough work to keep me busy for the next fifteen years’. These words, perhaps more than any others, express the youthfulness and enthusiasm that have always been the keynote of the vital personality of Sir Ninian Comper.

Note: Sir Ninian died on 22nd December 1960 - this article was written and printed before knowledge his death, although it serves well as an obituary.

* Alas, The Priory has been demolished, and all that remains is the name given to the new development that replaces it and its extensive grounds.